Created, managed and run by 3 geeks who like to work all night 🙂

On opening the dome I slewed to Venus hoping to catch it before it disappeared below the horizon. I took a 1s Frame and Focus image just to confirm it was in the centre of the FoV and was puzzled by the resulting image. 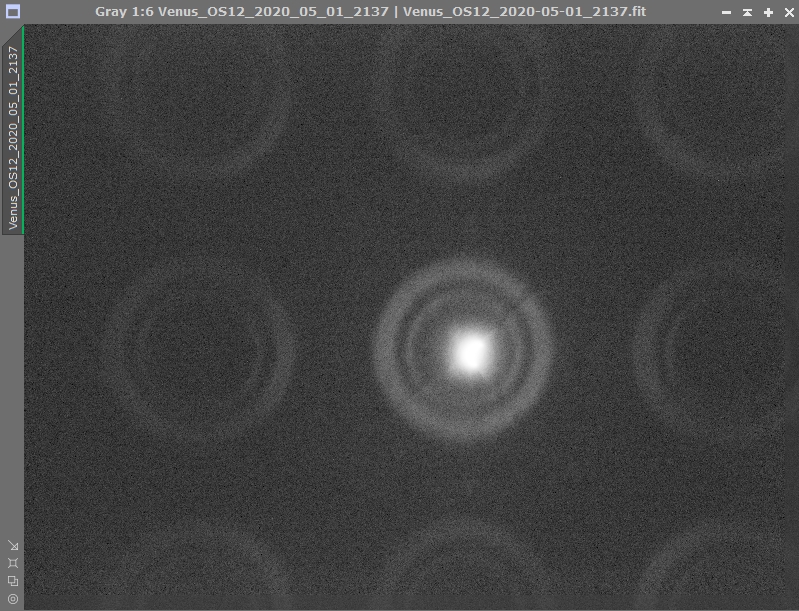 At first I thought the 12″ was still covered so called Dave to check. He didn’t think the cover was in place as the last thing he’d done was to take some Flats. Dave confirmed that the cover was not in place but reported that I might be trying to view Venus through the trellis on the fence so I abandoned Venus and slewed to NGC3628 in Leo as it had just crossed the Meridian and I wanted to try and setup a profile to use my Tak FS-102 as a guide scope for Dave’s OS12″.

Previous attempts at guiding the OS with the QHY5 and MiniGuideScope combination had proved worse than imaging with the mount unguided.

Although I suspected we knew the root cause we hadn’t our research 🙁 which soon became apparent. I found a couple of rules of thumb, the first stated that ‘image scale in arc-seconds x 400 = max exposure time is seconds when guiding with a separate guide scope’.

We can do better than that unguided.

The second ‘rule of thumb’ I found stated that the ‘Guide to Main train pixel ratio should not exceed 10:1.

Unfortunately the QHY5 MiniGuideScope to OS12″ ratio is close to 17.8:1, not good.

So if we try the OS 12″ with the Tak as the guide scope the ratio is closer to 2.8:1 which sounds like a better proposition.